Sheffield Eagles can reveal their Squad Numbers and in-house Leadership Group ahead of the 2023 season.

Following on from last year, the Club Captain and Vice Captain will be Anthony Thackeray and Joel Farrell respectively.

When making the announcement to the squad, Director of Rugby Mark Aston joked: “Please try and keep on the field for the full 80 minutes, you two numpties. That'd be lovely."

As part of the Leadership Group; Tyler Dickinson, Kris Welham and Ben Jones-Bishop remain but will be joined by Quentin Laulu-Togaga’e.

Dickinson, Welham and Jones-Bishop were the cornerstone of the squad last year, all playing in the majority of games and consistently brilliant.

The squad numbers were also announced by Aston but the players were assured that only the best performers would get the call for the first league game against Halifax.

From last year’s contingent, Welham moves from number 19 to three while last year’s three - Connor Bower - bags himself a second-row shirt at 11. 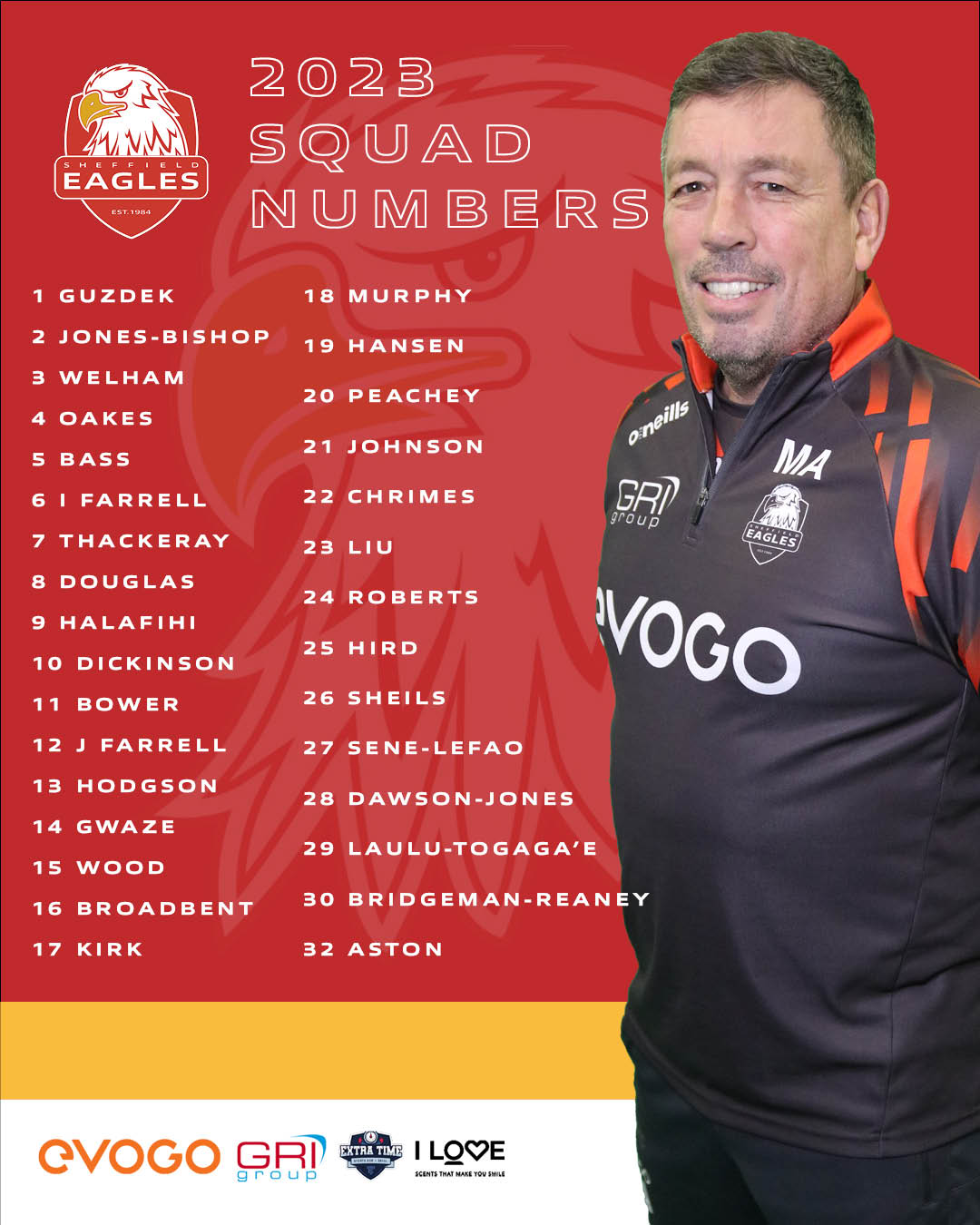