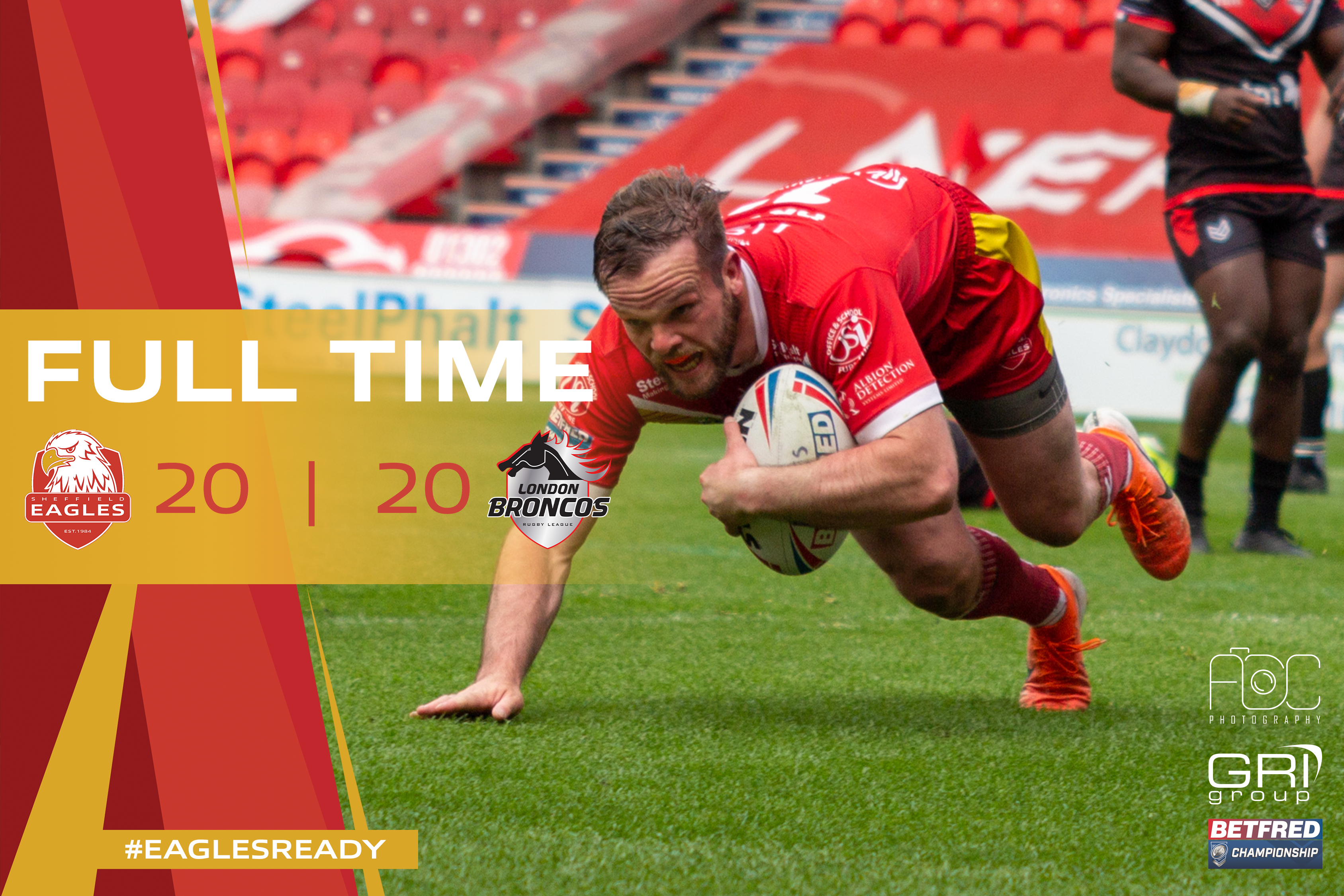 78'  EAGLES TRY!! Great score from the Eagles, Glover's collects his own kick before who passing to Aaron Brown, who touches down. Izaac Farrell converts from infront. (20-18)

73'  London Try. Hankinson breaks down the left edge before passing inside to Miski, who completes his hat-trick. Sammut can't convert. (14-18)

64'  Things get tasty between Brad Knowles and Navarrete and Sheffield are awarded a penalty, Farrell opts to go for the two. (12-14)

62'  London Try. Miski gathers a cute grubber from Hankinson to score in the corner. Hankinson converts from the touchline (12-14)

58'  Aston's kick is allowed to bounce before Davey gathers possession. (12-8)

55'  Good pressure from the Eagles, as Chamberlain bats Thackeray's grubber kick behind for another GLDO. (12-8)

54'  Thackeray's kick is taken by Chamberlain but he is forced into his in-goal by Worrincy and the Eagles defence. (12-8)

53'  Johnson gets out of his in-goal after an Aston grubber kick in the second phase of the London attack. (12-8)

50'  We work our way down the pitch but a knock-on from Davey gives London possession from a restart. (12-8)

48'  Walters is tackled inside the Eagles' 10 metre line on the last tackle before we're awarded a penalty. (12-8) 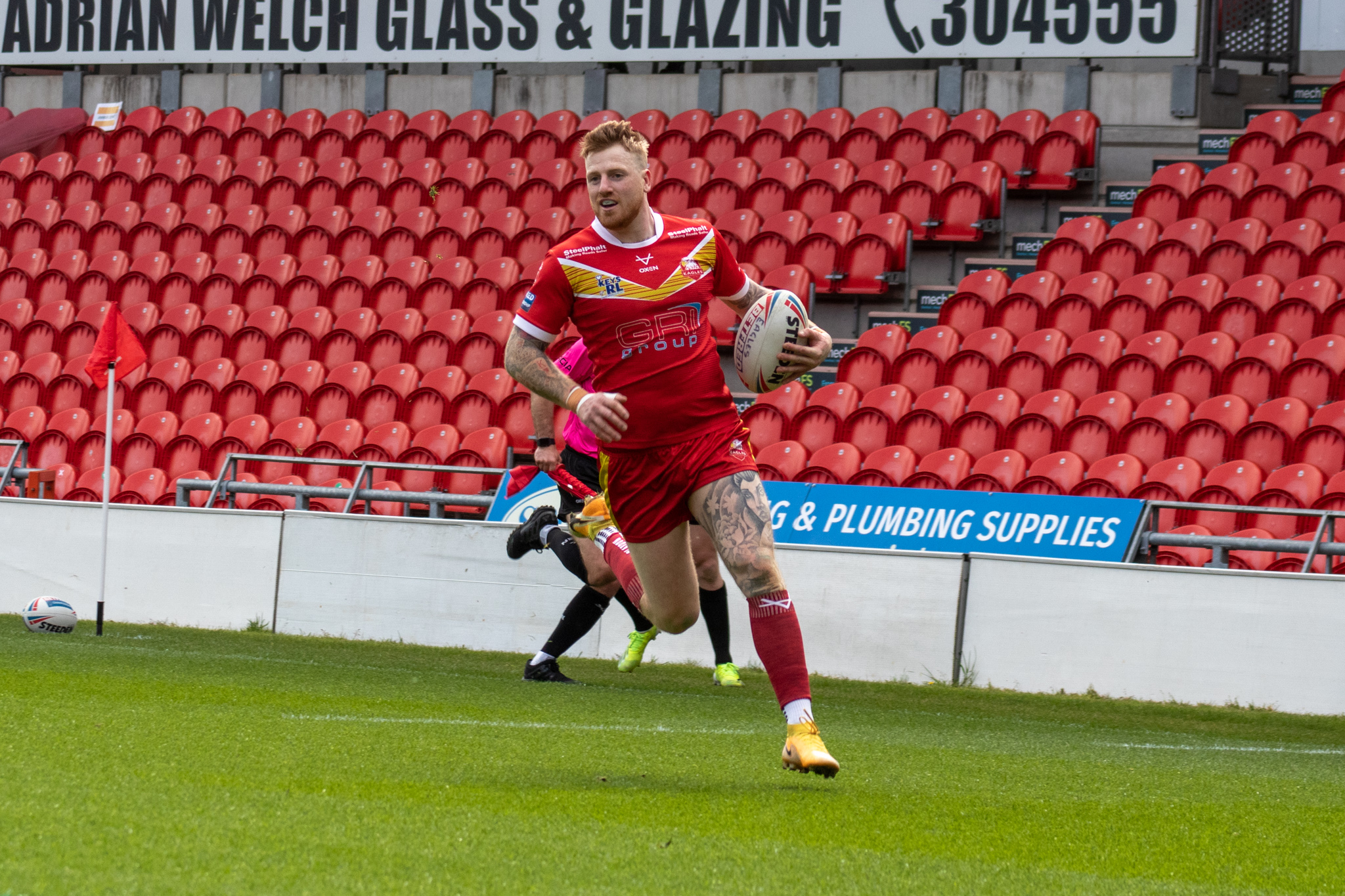 James Glover crossed the whitewash for Sheffield's first try of the game.

Half-time at the Keepmoat Stadium: Sheffield Eagles 12-8 London Broncos: Converted tries from James Glover and Izaac Farrell give the Eagles a slender lead at the break. #EaglesReady 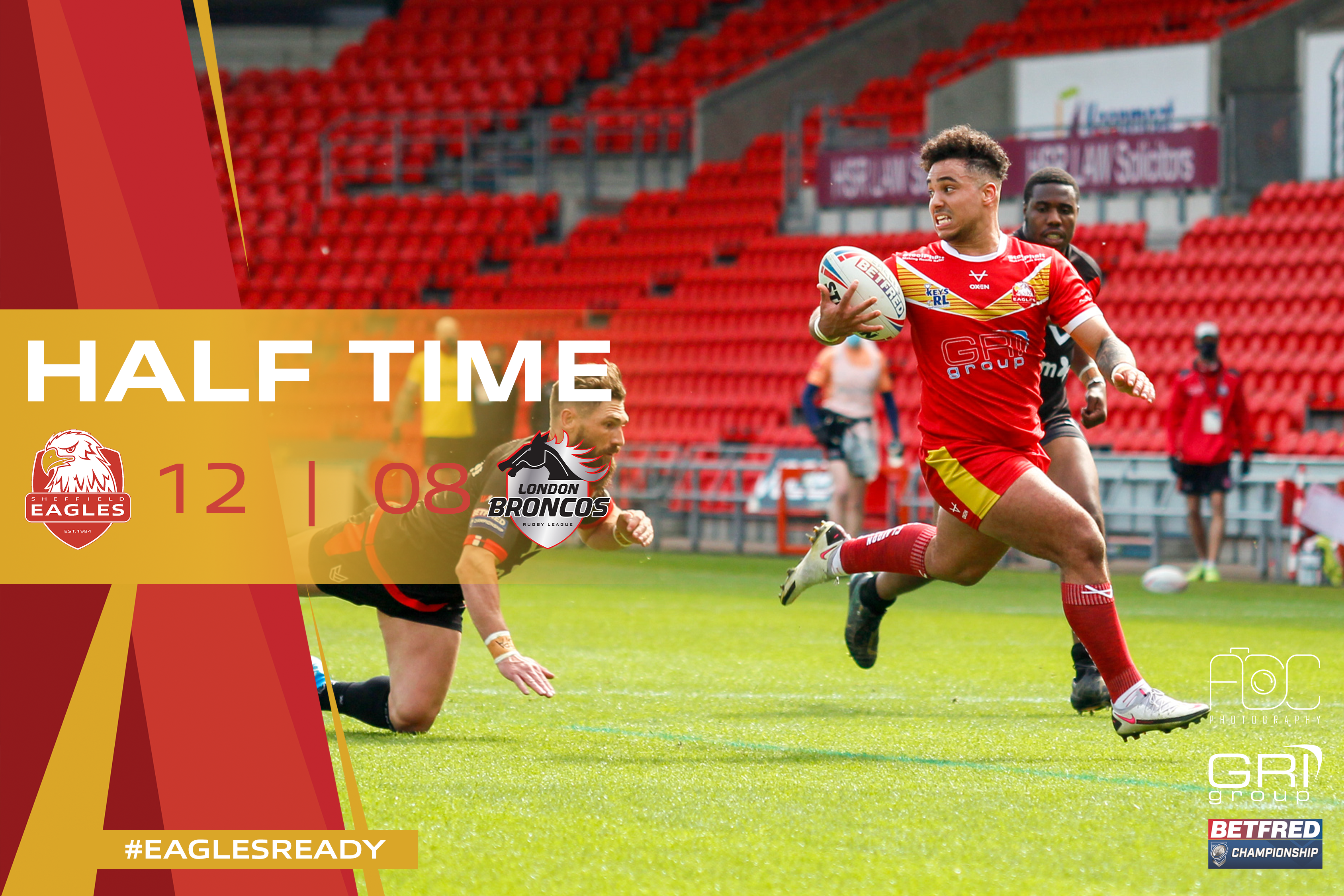 So close for Tyler Dickinson as he is held up by the London defence. (12-8)

Broncos come close through Lovell but he knocks-on in an attempt to score. (12-8)

London Try. The ball is floated out-wide by Sheffield and Miski intercepts the pass before running the length of the field to score. Hankinson can't convert. (12-8)

Good defence from Sheffield as Fozard tries to go over by himself on the last tackle. (12-4)

EAGLES TRY!! Frankie Mariano goes through a gap and Izaaz Farrell is there in support, going underneath the sticks to score. Farrell converts his own score. (12-4)

Lightning nearly strikes twice as Glover and Millar combine down the left but the pass from Glover is called forward. (6-0)

EAGLES TRY!! Brilliant work from Thackeray and Matt James who create the space for Glover who uses Millar on his outside, Millar returns the favour, passing to Glover who touches down. Converted by Izaac Farrell. (6-0)

Worrincy deals well with an Aston grubber before getting out the Sheffield in-goal area. (0-0)

Broncos apply futher pressure but Sheffield do well do tackle Lovell on the last tackle. (0-0)

A good kick from Sammut and chase from the London defence forces a goal-line drop-out. (0-0)

KICK OFF: James Glover gets us underway at the Keepmoat Stadium. (0-0)

Both sets of players are out on the Keepmoat pitch undergoing their pre-match warm-ups ahead of kick-off at 3pm. 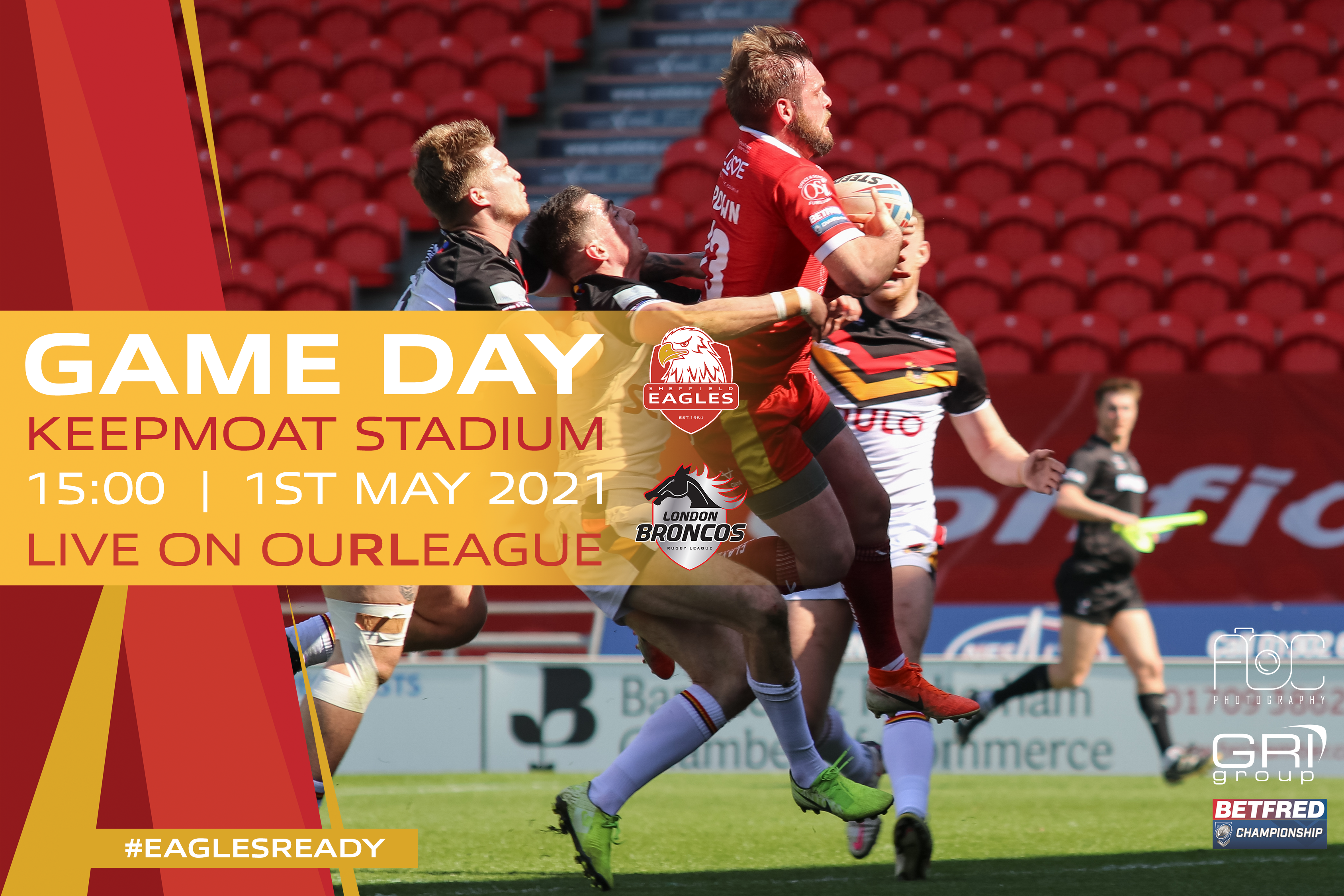